Swale Borough Council has been awarded £20 million to improve health, education, leisure, and employment opportunities in Sheerness on the Isle Of Sheppey.

The Sheerness Revival project has been awarded the money from the Government’s Levelling Up Fund.

The scheme will expand the existing health centre to provide more and better services from the Healthy Living Centre for local people.

People visiting Sheerness and Leysdown beaches this weekend will see the start of this summer’s lifeguard service.

The six-week Royal National Lifeboat Institution (RNLI) weekend and bank holiday Lifeguard service starts this weekend (Saturday 28th May) at Sheerness and Leysdown beaches ahead of the summer season. 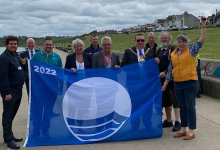 After meeting the highest standards for cleanliness, facilities and water quality, all three beaches have been awarded with a blue flag.

Shops in Swale have been fined and given words of advice after being caught selling alcohol and e-cigarettes to children.

Officers from the town centre teams in Sittingbourne and Sheerness worked with five police cadets on Saturday (29th January).

The volunteers, aged between 14 and 16, visited 11 shops and attempted to buy alcohol and e-cigarettes as part of a proactive operation to safeguard young people.

Swale Borough Council have confirmed that the temporary road closures in Sittingbourne, Faversham and Sheerness will be removed from next Monday (19th July) following the Government’s latest announcement on the easing of restrictions.

The council said that "closures were put in place last summer to help encourage visitors back to town centres after the first lockdown by creating space to safely social distance and with restrictions coming to an end on Monday 19th July, the closures will be removed allowing traffic to use the high streets again".

A motorist from Sheerness, who fled from police in a stolen car at speeds exceeding 100 mph, has been jailed.