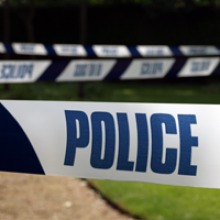 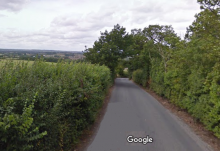 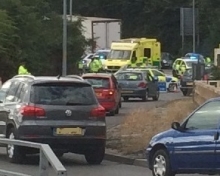 A 58-year-old female cyclist suffered serious head injuries, after being hit by a car transporter on Eurolink Way in Sittingbourne earlier today.