All care home residents and staff across the Sittingbourne area have now received their first dose of the COVID-19 vaccine, less than two weeks after the vaccination hub opened up at Heather House. 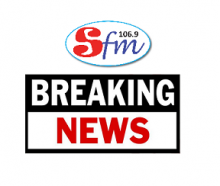