'Caught In The Act' 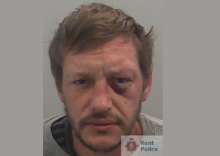