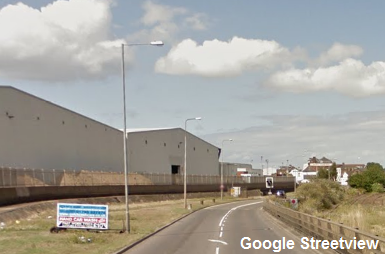 The road was closed for nearly 8 hours whilst officers carried out their initial enquiries. They are also appealing for anyone who witnessed the collision to come forward.

PC Jamie Woodhams told SFM News: ‘We are looking to trace a silver or grey Ford Fiesta that was travelling from Blue Town towards Queenborough that has stopped along Brielle Way after colliding with debris along this road. I would urge anyone with information who has not already spoken to us to call the witness line on 01622 798538 or they can email: sciu.td@kent.pnn.police.uk quoting reference 10-0270.'