Teenager Jailed For Attacking People At A Party 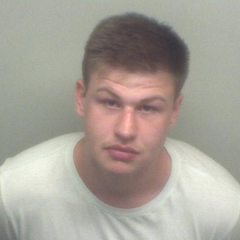 Just after 8pm on Friday 7th November 2014 the first victim, a man aged 24, arrived in Cooks Lane to help supervise a birthday party when he was confronted by a group of young people stood outside the property. The victim was approached by Lee, who was aged 17 at the time of the incident. Lee, who was not invited to the party, punched the man in the face after being told to leave. Lee then grabbed a bottle and smashed the victim's car window with it before striking him several times with the broken bottle, causing two deep wounds to the victim's hand and arm. Shortly after, a woman, aged 53, came out of the property and was also confronted by Lee who struck her in the arm with the broken bottle, again causing an injury.

Lee was arrested by police the same evening and was subsequently charged in connection with the two assaults. He admitted causing grievous bodily harm to the man, but pleaded not guilty to causing actual bodily harm to the woman. He was found guilty by a jury when he attended Maidstone Crown Court on Wednesday 26th August.

Detective Constable Phil Pead, investigating officer at Kent Police, told SFM News: "Lee attended the victim's house uninvited and lashed out in anger when he was told to leave. What should have been a happy occasion turned to horror as Lee attacked his victims with a broken bottle. Lee now faces a substantial amount of time behind bars due to his mindless actions that night. I hope his sentence sends out a strong message that this kind of violence will not be tolerated by Kent Police or the courts."