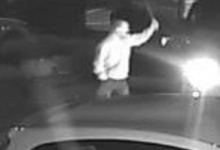 END_OF_DOCUMENT_TOKEN_TO_BE_REPLACED

Location : The M20 eastbound between junctions J2 and J3
Reason : Accident involving an overturned vehicle
Status : Currently Active
Time To Clear : The event is expected to clear between 18:15 and 18:30 on 29 October 2020
Return To Normal : Normal traffic conditions are expected between 18:15 and 18:30 on 29 October 2020
Lane Closures : The hard shoulder and lane 1 are closed
Lanes Closed : There is one of three lanes closed