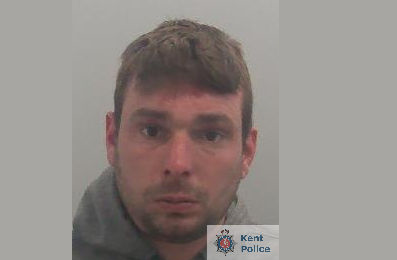 During the incident Varrier also seriously injured a 27-year-old man from Sittingbourne. He was taken to a local hospital where he has since recovered.

After the collision Varrier attempted to evade capture and left the scene, however officers arrested him at his home address at around 4:00pm on the day of the incident.

He was charged on 19th April and subsequently pleaded guilty to the charges of causing death by dangerous driving and causing serious injury by dangerous driving. He was sentenced to five years and three months in jail when he appeared at Maidstone Crown Court early today (Thursday 9th July).

Varrier was also banned from driving for three years which will come into effect when he is released from prison. He was also ordered to take an extended retest.

Senior investigating officer Detective Inspector Lee Neiles, of Kent Police’s Serious Collision Investigation Unit, told SFM News: "Robert Varrier undertook a dangerous and appalling level of driving on a residential street among a large group of pedestrians having absolutely no regard for anyone else's safety. Following the collision his main concern was evading capture and prosecution and he only admitted his guilt several weeks later when he realised the evidence secured and presented was so vast it gave him no choice but to plead guilty. This case has highlighted the devastation of driving dangerously on our roads, in particular performing stunts on off-road motorcycles. Not only has the driver received a prison sentence, he has to live with the fact that he has caused someone's death for the rest of his life."