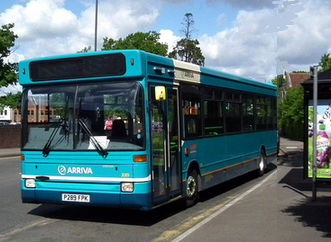 The collision involved an Arriva bus and a black Vauxhall Corsa. Fire crews helped to release two men who were trapped and two women were removed by ambulance crews.

The Kingsferry Bridge was closed in both directions until 10.30am and the Sheppey Crossing was closed south-bound whilst emergency services dealt with the incident there.