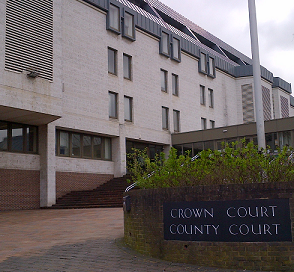 On Thursday 19 November 2015 Lay visited his grandmother, who he referred to as ‘nan', at her home in Rectory Road to ask if he could store some of his belongings in her shed. However, when he entered the property his behaviour immediately changed and he became aggressive. He grabbed hold of a fold-up stool and struck his victim several times, causing her to fall to the ground.

Lay was interrupted when someone knocked at the front door; they had become concerned after hearing loud noises coming from the property. Lay answered the door and went back to his victim, who was lying helplessly on the floor. He continued to assault her before he called the ambulance service.

Lay stayed at the scene until the police arrived and he was arrested. In interview he admitted that he started to attack his nan after she had opened the door and turned to walk back into the house. She died en route to hospital having suffered multiple injuries.

Detective Inspector Ivan Beasley, of the Kent and Essex Serious Crime Directorate, told SFM News: "This was an unprovoked incident where a 44-year-old man overpowered his 85-year-old victim, causing fatal injuries. What may have started as a routine visit to his grandmother, ended in her death when Lay's behaviour changed. This is a tragic loss for a family and Lay is now in a secure unit where the public can be protected and he can receive the medical treatment he needs."