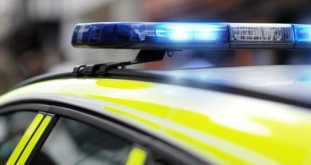 Adams, 22, of no fixed address, failed to stop for officers when he was seen driving a van suspiciously on the A249, near the Stockbury roundabout, on Tuesday 23rd November 2021.

Officers believed he was driving using false number plates and requested him to stop at 11.55pm, however he continued driving and led officers on a 10-minute police pursuit.

During the incident three police cars were damaged by Adams’ van, with one of the cars being knocked off the road where it was in a collision with a tree and caught fire.

Officers brought the van to a controlled stop on the Key Street roundabout and Adams attempted to run from the scene but was apprehended by officers and arrested.

A 20-year-old man from Sittingbourne was also arrested for his alleged involvement in the pursuit on 23rd November. He was later released without charge.

As well as being sentenced Adams was disqualified from driving for four years and eight months.

Investigating officer PC James Ring told SFM News: "Adams refused to stop when requested to do so and instead drove in an erratic and unsafe manner through several residentials streets. During the pursuit two vehicles belonging to members of the public received minor damage and it was only sheer luck that nobody was injured. His sentence is reflective of his criminality and I’m pleased he has been brought to justice".