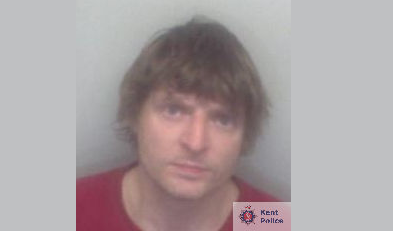 A drunk van driver, who ploughed into a car and killed a schoolgirl in Bobbing, has been jailed for seven years.

Benjamin Henley was more than two and a half times over the drink drive limit when he collided with a black Audi which had broken down on a slip road on the A249 on Wednesday 24th October 2018.

Henley, 45, of Illustrious Close, Chatham, failed to spot the Audi before he collided with it at around 11.50pm.

Georgia Mann, who was 15 and from Sittingbourne, was taken to a London hospital where she died on the morning of Friday 26 October.

A woman in her 20s also sustained serious injuries and a man in his 20s was taken to hospital with chest injuries. Both have since recovered.

Henley was sentenced at Maidstone Crown Court on Monday (20th September) to seven years in jail after admitting causing death by dangerous driving and causing serious injury by dangerous driving. He was also disqualified from driving for nine and a half years and will have to take an extended retest.

Georgia was inside the stranded vehicle after the car had run out of petrol. The driver had left her along with another person, inside the vehicle while he walked to get petrol, before Henley collided with the car.

The driver of the Audi was charged with causing death by careless driving but was previously acquitted following a trial.

Investigating officer Darren Chapman of Kent Police’s Serious Collision Investigation Unit told SFM News: "This sentencing has come nearly three years after the collision, and I want to commend the bravery and stoicism that Georgia’s family have displayed throughout court proceedings. This was an awful incident in which a young girl lost her life and while no sentence will bring Georgia back, I hope the outcome provides some closure."