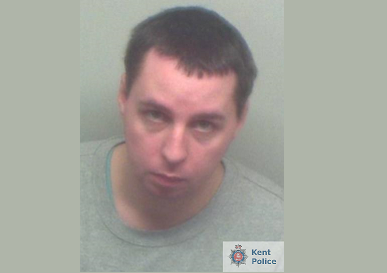 A teenage girl was forced to carry a mobile phone with an earpiece and microphone attached by a controlling man so he could eavesdrop on her conversations.

Rique Wall would also insist she speak to him for hours on end, dictated when she could leave her Sittingbourne home, and carried out a number of sexual offences against her.

He was jailed for nine years at Maidstone Crown Court on Thursday (12th April) after being found guilty of four counts of sexual activity with a child and one count of controlling or coercive behaviour.

The Investigating Officer, Detective Constable Steve Rees of Kent Police, told SFM News: "Wall targeted the young girl when she was exceptionally vulnerable and took advantage of her need for support. He then subjected her to a long period of emotional abuse and controlling behaviour, which included supplying her with mobile phones and equipment so he could control who she spoke to and stopping her from leaving her home and seeing friends. I'd like to pay tribute to the victim for her courage in overcoming her abuser and helping to ensure he serves a long period behind bars, without her support Wall may never have seen trial. We have specially trained officers on hand ready to aid and support any victims of sexual abuse and controlling behaviour. If you are a victim, please get in touch."