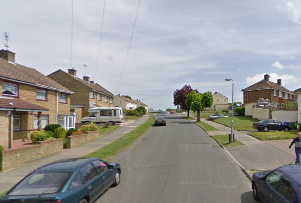 Just five minutes later, a second victim - a 16-year-old boy - was attacked while walking along Canterbury Road. As he took his phone out of his pocket to look at it, someone ran past and snatched it out of his hand. Just as he turned to see what happened, he was punched in the face. The victim suffered a cut lip, which required hospital treatment and 10 stitches.

Officers investigating the reports made an arrest later that evening.

The following day, a 17-year-old boy from Sittingbourne, who cannot be named for legal reasons, was charged with two counts of robbery. He appeared at Maidstone Magistrates' Court on Tuesday 12th May and pleaded guilty to both offences. He will now be sentenced at the same court on Monday 15th June.

Investigating officer, PC Grant Broad of Kent Police, told SFM News: "Two innocent young boys on their way to school were attacked for the sole purpose of stealing their mobile phones. While these two incidents happened one after the other and very quickly, so was the police response. We quickly located an offender and arrested him later that day. Thanks to the wealth of evidence against him, within five days of the offence happening, the teenager was charged and pleaded guilty to both robberies. While these incidents have understandably caused some concern, I hope the community will rest assured police have investigated thoroughly and dealt quickly and robustly with the offender. He will remain in custody and off the streets where he can pose no threat to the public until he is sentenced next month."