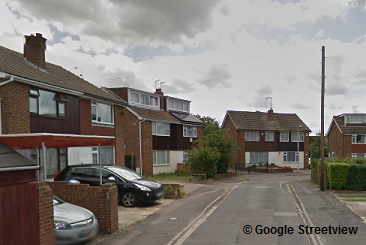 An armed gang who viciously attacked two men during a burglary in Sittingbourne have been jailed for a total of more than 30 years.

One of the victims was threatened with a knife, beaten with a baseball bat and hit by a pellet from a BB gun during the incident at a house in Cortland Close on Tuesday 24th November 2015.

Two of the offenders jumped out of an upstairs window upon police arrival but were arrested shortly afterwards, as were their two accomplices.

The court heard how on the night in question the four men broke into the victims' home by smashing a glass panel on the front door. One of the offenders entered the bedroom of one of the victims and threatened him with a knife while demanding to know where his money was kept. He then punched him in the face before a second man started hitting the victim with a baseball bat. A third man then entered the room and fired a BB pellet at the victim's arm.

Meanwhile, the second victim was also confronted in his room by the men armed with the baseball bat and BB gun, and suffered an injury to his face during the struggle. While in his room the offenders heard a police officer enter the house downstairs and jumped out of a window onto a garage roof below.

The officer went into the first victim's room and arrested Seager as he was attempting to open a window. A knife was also found hidden in his pocket. The fourth member of the group was then seen to run down the stairs and out through the front door.

A search of the local area resulted in the discovery of Earnshaw-Glazier hiding in an outbuilding in the Cortland Mews area. He claimed to have fallen into a fish pond and was complaining of pain to his left knee and ankle, leading officers to believe he was one of the men who jumped from the upstairs window.

Palmer was located by sniffer dogs in the Tannery Court area of Kings Mill Close, lying on the floor in a small space between a parked car and a wall. He had covered himself with a piece of wood and claimed to be sleeping rough.

Officers noticed Palmer appeared to be in pain and he was later found to have suffered a foot injury consistent with falling from a height.

The fourth offender Peters was spotted acting suspiciously at Kemsley railway station and was found to have a pair of latex gloves in his pocket. He was also unable to provide a reasonable explanation for being there and was arrested.

Detective Constable Craig Hewitt told SFM News: "This was an extremely violent burglary that could have resulted in more serious injuries for both victims had police not arrived when they did. The four men involved gave no consideration for their welfare and seemingly little thought for the impact such a terrible crime would have on other people living nearby. I would like to pay tribute to the officers who attended on the night in question, who displayed tremendous initiative to hunt down those responsible in such a short period of time and ensure they were brought to justice. They are clearly a danger to the public and will spend a considerable length of time behind bars as a result."