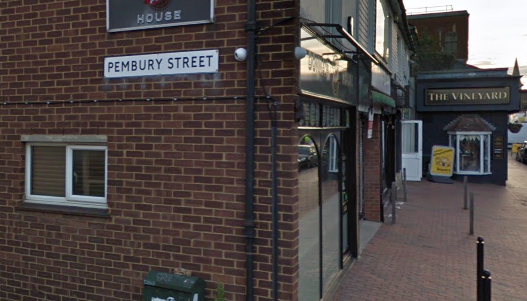 The man ran away towards Dover Street along a path that runs parallel to Pembury Court. He is described as being white, aged between 40 and 50, 5ft 9in tall and of a thin build with light brown hair. He was wearing a dark blue or black hooded top with grey sleeves and the hood up.

The handbag, which was black leather with tassels on the bottom, contained a black leather purse with a black bow, bank cards and an iPhone 6.

DC Feasey told SFM News: "We would like to hear from anyone who witnessed the robbery or recognises the description of the suspect".