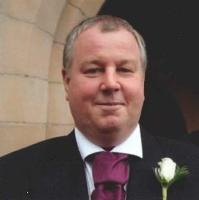 Simon Olsen, aged 54 and of no fixed abode, was charged with Mr Langley's murder over the weekend and remains in police custody.

Officers are not looking for anyone else in connection with the incident.

Detective Inspector Gavin Moss, of the Serious Crime Directorate told SFM News: "We are continuing to investigate the circumstances that have led to this tragic death. Mr Langley was a much loved father and husband and was also a well known member of his local community".

The victim's wife, Lucia Langley, paid tribute to her husband, who ran the Bax Farm Fisheries in Tonge and told SFM News "He was a gentle giant with a heart of gold. He loved his family, who always came first, and he would do anything for anybody."