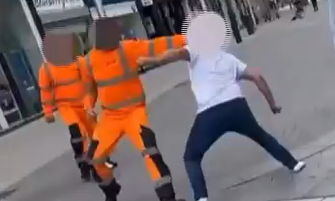 They were arrested in connection with an incident which was filmed by several people and posted online on Monday 5th July. It took place in Chatham High Street at around 5:00pm.

Following the report of the incident patrols attended the area but those responsible had already left the scene.

Officers have worked with partners to identify the individuals involved which lead to the arrests being carried out.

Both men have since been released, pending further enquiries.

Alternatively you can contact the independent charity Crimestoppers in Kent free and anonymously on 0800 555 111, or complete the online form at www.crimestoppers-uk.org