Three-Vehicle Crash Closes The A249 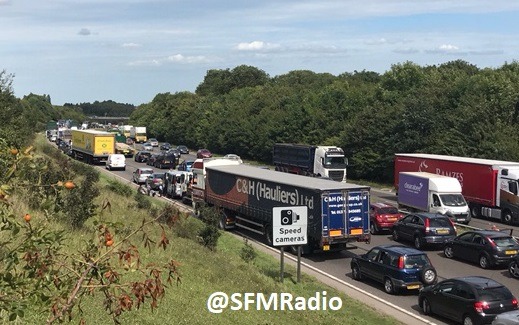