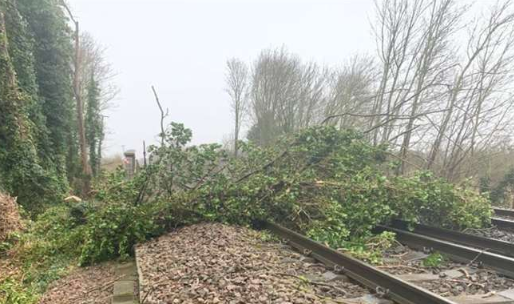 The Swallows Leisure Centre had to close at lunchtime due to 'unforeseen circumstances'. It is believed that part of the new roof, fitted as part of the multi million pund make-over, has been damaged in the gale force winds sweeping across Kent.

On the roads the Sheppey Crossing was closed at around 10:50am following strong winds being recorded across the Swale and a number of local country routes were blocked with trees being blown down in the strong gusts.

The Met Office have confirmed that the Amber Warning for wind remains in place until 21:00hrs.