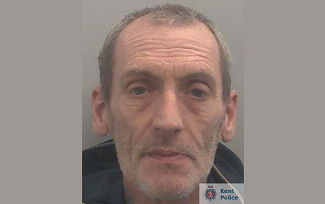 Smith, aged 54, accessed the apps to seek out and contact a child, between 10th March and 15th April last year. Despite receiving several replies, stating she was a child and at school, Smith made repeated attempts to entice her into sexual activity. His own online account displayed a false image of a teenage boy and it was used to instigate lengthy conversations of an explicit nature, urging the child to engage in sexual activity and to send him indecent images.

Unbeknown to Smith, the child did not exist – her profile was part of a fictitious account. He was arrested at his home in Canterbury Road, Sittingbourne on 15th April 2020. During police interviews, Smith admitted he was responsible for the online activity but claimed he didn’t know he was talking to a child and that his judgment was impaired because he had been using cocaine.

He was charged with attempting to sexually communicate with a child, two counts of attempting to incite a child to engage in sexual activity and a further count of attempting to cause a child to watch a sexual act. Smith pleaded guilty at Maidstone Crown Court and was sentenced on Monday (10th January), to three years and six months’ imprisonment. He received an additional two weeks for a bail violation and was also placed on the sex offenders’ register indefinitely and made subject of a sexual harm prevention order.

Detective Sergeant Shona Ross, of the Paedophile Online Investigation Team, told SFM News: "Smith made persistent and repeated efforts to contact a child for the purposes of his own gratification. He has displayed a clear desire to sexually abuse a child and the graphic detail and demands he included in his messages were hugely concerning. This case also acts as a reminder to parents of children who have mobile phones and tablets to speak to them and help them understand the precautions they should take when using the internet, or the many instant messaging services that are available. Children should only communicate with people that they know personally and report any suspicions or inappropriate advances from strangers to their parents, schools or the police."