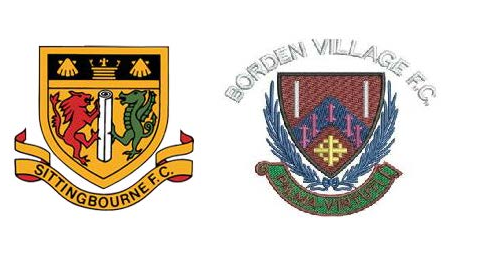 The two club committees say they have been discussing the tie up for sometime and following changes at Borden Village felt that the time was now right to join forces. The tie up has begun with Sittingbourne FC helping Borden finalise a strong management team that will now include names familiar to stalwart Brickies fans.

The Borden committee released this statement to SFM News: "We at Borden are excited to bring in our new manager Kevin Brown". Kevin, 45, brings a wealth of experience to Borden, having played for Sittingbourne, Tonbridge Angels, Gravesend, Worthing, Sheppey Utd, Greenwich Boro and Tunbridge Wells over a 25 year non league playing career. He moved in to coaching after retiring, at Ashford u23, but is now looking to make the step up In to management.

Joining him as no 2 /coach will be Simon Beard . Simon himself had a distinguished non league playing career starting at West Ham Utd as an apprentice before playing top level non league with Sittingbourne, Dover, and Hastings Utd .Simon is also a UEFA B licence coach and is academy coach at Rondos.

The Borden Commitee went on to say: "These are exciting times for the club which will include a link up with Sittingbourne FC which will benefit both clubs." There was already a link between the two clubs through committee members of both clubs, Roger Pudner (who is also the groundsman for both clubs), and Ian Jackson.

Sittingbourne manager Darren Blackburn will have an overseeing role over teams of both clubs and for Sittingbourne the interchange of players that this link up makes possible will prove invaluable. These are exciting times for Sittingbourne Football coming out of the country's COVID-19 Lockdown.