Possible Re-Opening Of One Lane On The A249 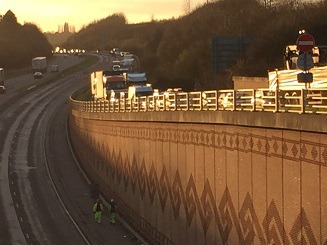 Why is it taking so long?

A team of Highways England specialist geotechnical and pavement engineers, and specialist contractors, have been carrying out surveys of the integrity of the carriageway to see if it is safe for traffic to use. These surveys are used to determine the physical properties of the ground underneath the road surface. They are carried out using a combination of non-invasive techniques, similar to an x-ray of the road and taking core earth samples. The results of these surveys will be analysed by a team of specialist engineers to build a profile of the ground conditions. Further surveys will be carried out over the next couple of weeks by specialist engineers to help HE to determine the scope and extent of the full repairs.