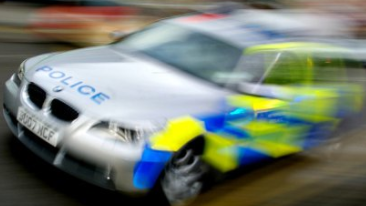 Officers attended the area and located a vehicle, which reportedly failed to stop and was pursued along the A249 Sheppey Way towards Iwade. It eventually came to a stop in Ledger Close, Sittingbourne where a man was arrested. The van was identified as a stolen vehicle and officers found a quantity of suspected stolen cigarettes inside.

Mark Steed-Shadbolt, aged 31 and of Latona Road in Peckham, South East London, has been charged with burglary, aggravated vehicle taking and dangerous driving. He has been remanded in custody and is due to appear at Medway Magistrates’ Court today (Friday 23rd September).

Enquiries remain ongoing to locate a second suspect. He is described as a white male who was wearing a black Adidas hooded top. Anyone who has information is asked to call Kent Police on 01795 419119 quoting reference 46/184590/22. You can also call Crimestoppers FREE and anonymously on 0800 555 111, or you can complete an online form on their website: www.crimestoppers-uk.org