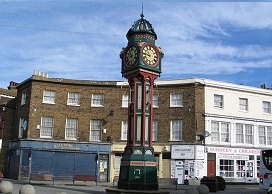 Kent Police officers were called shortly before 3.30am on Saturday morning (31st May) to a report of an assault near the clock tower in Sheerness High Street. A couple - a 21-year-old woman and a 23-year-old man from the town - had been on a night out. As they attempted to walk home, they were approached by a group of about 10 people near the clock tower and the man was reportedly assaulted. He suffered suspected multiples fractures of the jaw and is being treated for his injuries at a hospital in West Sussex.

Investigating officer, Detective Sergeant Beverley Morrison of Kent Police, told SFM News: "This was a cowardly and unprovoked attack on a man by a group of people that has left the victim with serious injuries and he remains in hospital getting treatment for those. I am appealing for anyone who might have witnessed the assault or who might have seen a group of people walking together in the High Street area between 3am and 3.45am on Saturday 31 May, to come forward and help us with our enquiries."