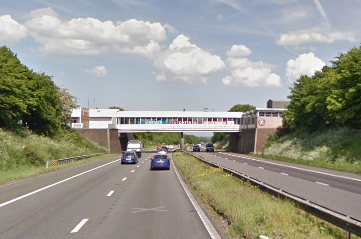 Kent Police are appealing for witnesses following a single vehicle collision on the M2, near Sittingbourne, in which six people were reportedly injured.

A silver Nissan Estate, carrying eight people including the driver, overturned on the London-bound carriageway of the M2, between junction 5 and the Medway Services, at 9.45pm on Saturday 11th October. The carriageway was closed while emergency services dealt with the incident and debris was cleared from the road. Lane 2 was reopened at 11.25pm and the carriageway was fully reopened at around midnight.

Six people were taken to hospital, with one of them thought to have suffered a serious injury.

Witnesses to the incident, or anyone who saw the vehicle prior to the incident, are asked to contact PC Chris Godden at Kent Police by calling 01622 798571 and quoting reference: 1011-1625.