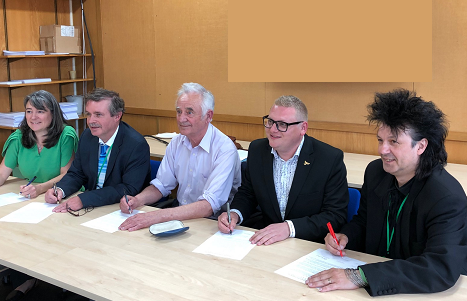 Cllr Roger Truelove has been elected as leader of a new coalition administration at Swale Borough Council.

The Leader was elected by fellow councillors at the Annual Council meeting last night (Wednesdat 22nd May) following elections earlier this month.

The meeting also saw a new cabinet and deputies appointed to make decisions on resources and priorities to deliver and implement the budget and policies decided by the council.

The new cabinet is made up of:

The new deputy cabinet members are:

The meeting also agreed new chairs for council committees and appointments to outside bodies.

For more information, including more details about what the cabinet portfolios cover, you can read the reports on Swale Borough Council's meeting agenda page by clicking here.