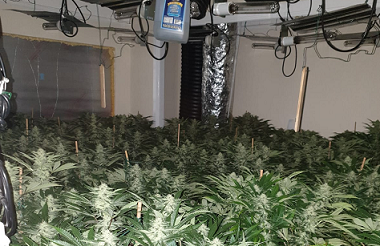 A 23-year-old man from Sheerness and an 17-year-old boy of no fixed address were arrested on suspicion of cultivating cannabis and abstracting electricity.

They remain in custody as enquiries continue.