'Man With Nunchucks' Fight In Town 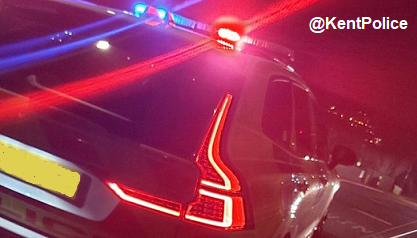 Three people were arrested on Saturday (12th March) night following the report of a fight in Sittingbourne involving the use of weapons, by the Kent Police Tactical Operations unit.

At 9:42pm TacOps officers posted a message on social media saying they had been called to a fracas, accompanied by the Dog Unit and police from the Swale unit. After their arrival, three people allegedly involved in the fighting were arrested for affray, an offence defined as a group fighting in a public place that disturbs the peace and can also include threats of violence from one group of people to another.

In their post on Twitter, Kent Police said that one of the arrested people had gone to the scene of the fighting kitted out in a stab vest and carrying 'nunchucks', a marital arts weapon comprising two sticks connected by a short metal chain, with officers adding the alleged offender "was no Jackie Chan".

According to witnesses there were no reports of any serious injuries and the presence of the police and dog unit appeared to have brought the situation under control within minutes of attendance.