Man Fined For Carrying Waste Without A Licence 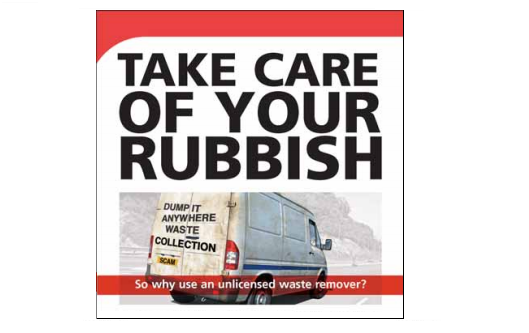 An Eastchurch man has been convicted and was fined £500 on Monday 17th December at Medway Magistrates Court for illegally carrying waste, in a prosecution brought by Swale Borough Council.

Keith Hodgson, aged 56 and of Shannon Place, was pulled over as part of Operation Assist, in co-ordination with Kent Police on Wednesday 20th June 2018. He was carrying waste on his truck in Eurolink Way, Sittingbourne, but was found to have no waste carrier licence and no waste transfer notes. His vehicle was also impounded by police for having no insurance.

He was issued two Fixed Penalty Notices as a way to discharge his liability totalling £600 but failed to pay. He was also ordered to pay court costs of £200 and a victim surcharge of £50.

Cllr David Simmons, Cabinet Member For Environment And Rural Affairs at Swale Borough Council, told SFM News: "We have the power to issue on the spot fines to carriers who don't have the right waste transfer papers, and the police can and will seize vehicles if necessary. As well as taking action to catch those who fly-tip, we are urging people who need to get rid of waste to do their part. Anyone who takes away waste must have a licence. Simply ask to see it, and if they can't show one, find someone who does. If you don't, and the waste is found dumped, you could be prosecuted."

To check whether someone is licenced to carry waste visit the Environment Agency website or call 03708 506506. A new Fixed Penalty Notice for householders comes into force in January 2019. Anyone who fails to check that their waste carrier has a licence could be given a £400 Fixed Penalty Notice. For more information about fly-tipping, and details of what the council are doing to tackle it, visit www.swale.gov.uk/fly-tipping.