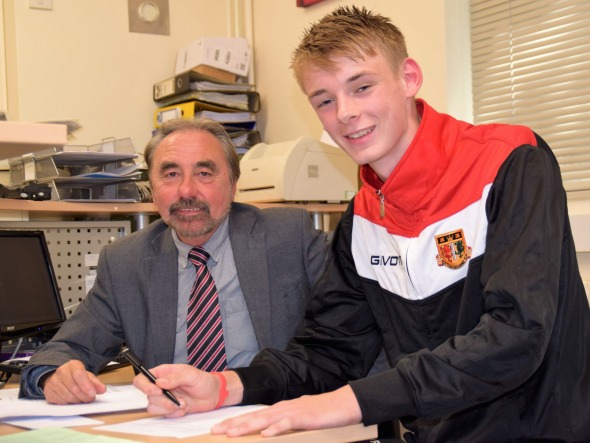 There has also been wider interest in Sittingbourne FC's squad from Reading FC and even Aston Villa have been scouting the club.

John added: "The eye for talent that the managers, Tony Cornwell and Nick Davis, bring has allowed the team to excel this season."

The central defender's success comes just days after Sittingbourne FC beat Herne Bay and landed themselves top of the Bostik South League table for the first time in 20 years.