Jail For Thief Who Failed To Steal Sheppey ATMs 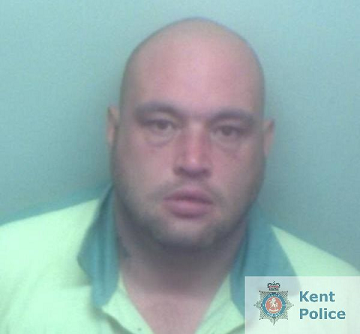 The case was investigated by detectives from the Kent and Essex Serious Crime Directorate.

Armstrong and others had stolen the telehandler from a nearby location before using it to cause extensive damage to the wall of the store in Thomsett Way, Queenborough, in the early hours of Saturday 16th September last year.

CCTV footage showed the digger smash into bollards in front of the cashpoint area at 1.35am. After knocking one over, it surged forwards and repeatedly rammed into the wall of the supermarket causing significant and costly damage.

A large section of brickwork then collapsed after the offenders attached straps to the machines and attempted to pull them from the wall.

Armstrong and his accomplices abandoned their efforts soon after and fled the scene in two separate vehicles - a flatbed van and a stolen Audi.

Officers located the van abandoned close to the Sheppey Crossing. The Audi, driven by Armstrong, was spotted moments later and pursued onto the M2 London-bound.

He turned the vehicle's lights off and sped away, travelling at speeds of up to 150mph before crashing into a roundabout off Junction 3 for Chatham.

Armstrong was found lying in dense undergrowth by a police dog named Merlin and was subsequently arrested.

Crowbars, bolt croppers, metal bars and other items were found within the vehicle.

Detective Inspector Gary Scarfe told SFM News: "This was a brazen attempt by offenders who had clearly planned the offence, knowing there would be staff working within the store but showing no concern for their safety as they repeatedly rammed the wall. Armstrong and his accomplices hoped to cash in on what they thought was a soft target without any consideration of the damage and potential harm it could cause. Thankfully nobody was injured. He will now have a substantial amount of time in prison to reflect on his failed efforts.'