Jail For Man Who Faked Cancer To Control Partner 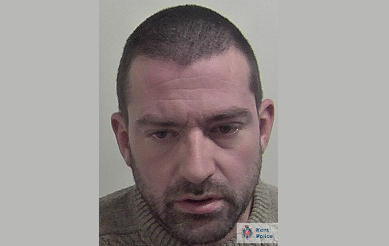 By early 2018 Bevis told the victim he had been diagnosed with stomach cancer and claimed he was attending several hospitals. He sometimes took the victim with him to waiting rooms under the pretence of appointments. Bevis would wrap bandages around his arms, wrists and head and consume tablets and other substances he claimed were medication.

By the following year Bevis claimed the cancer had spread to his brain. He would indicate fake pain in front of the victim and her family. He also told friends and work colleagues he was dying. The victim stayed with Bevis, concerned he needed care and support and was terminally ill, but continued to be the subject of his demands and coercive behaviour.

In November and December of 2019, Bevis carried out separate assaults against the victim, beating her and placing his hands around her neck to throttle her. He threatened ’I’ll kill you and myself anyway, I’ve got nothing to live for’.

Kent Police were informed of the abuse on Thursday 19th December 2019 and Bevis was subsequently arrested. He confessed during interview he had faked his illness, as he feared the victim would leave him. Bevis was charged with engaging in controlling or coercive behaviour in an intimate or family relationship. He was further charged with two counts of assault by beating. Aged 38, of Woodside Gardens, Sittingbourne, he pleaded guilty at Maidstone Crown Court and was sentenced on Tuesday 11 August 2020 to 18 months’ imprisonment. Bevis was also made subject of a five-year restraining order.

Leading the investigation was PC Christopher Williams, who told SFM News: "Bevis went to incredible lengths to deceive and control his victim, who even took on extra jobs so he didn’t have to work and could enjoy what she thought were the last months of his life. He has subjected her to repeated and sustained psychological abuse causing the victim a huge amount of distress, fear and anxiety. We are grateful that she has shown tremendous courage in coming forward and helping us secure this important conviction. I would also like to remind people there is a wealth of support on offer to anyone who is suffering this kind of abuse."