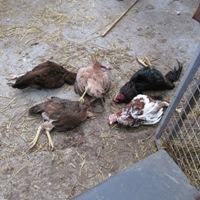 Further searches uncovered about 100 wraps of a suspected Class A drug, a substantial quantity of cash, suspected stolen vehicles and a number of dogs were also seized on suspicion of welfare offences in breach of the Animal Welfare Act.

This Monday (20th January), officers raided a business premises at Detling Aerodrome and unearthed three lorry-loads of illicit alcohol, worth an estimated £75,000 in evaded tax. A substantial quantity of cash was also seized by officers.

All four men have been bailed to appear at Sittingbourne Police Station on Wednesday 9th April, pending further enquiries.