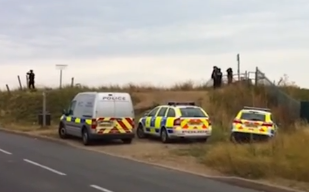 The teenager is local to the Warden area and was arrested last night and joins a 44-year-old man and a 20-year-old man, both from Manor Park in London, together with a 20-year-old man from Benfleet in Essex and a 15-year-old boy from Warden on Sheppey, who have all been arrested on suspicion of murder. All five remain in police custody.

Officers were called at just before 6.00am on Wednesday 7th August to Warden Bay Road in Leysdown after a body was found on the beach between Little Groves caravan site and Isle of Sheppey Holiday Village.

Witnesses, or anyone with any information, are being asked to speak to Kent Police by calling 101 and quoting reference CAD 07-0167, or alternatively they can call Kent Crimestoppers free (from any landline) and on anonymously 0800 555 111.