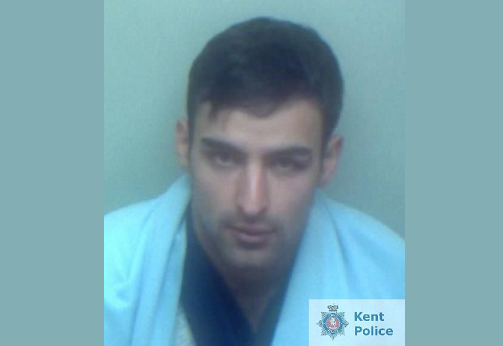 The court heard how on the morning of Saturday 18th November 2017 he attended his victim's address in order to collect some of his belongings. He returned in the evening and after initially being refused entry, he used a key that the woman did not realise he had to let himself in.

Chawla then ran upstairs and launched a vicious attack on the woman, punching her with both hands before dragging her down the stairs by her hair. He then dragged her into the street where members of the public intervened and ordered Chawla to leave the area.

He was arrested by a Kent Police officer the following day.

Investigating officer PC Nicholas Rivett-Carnac told SFM News: "The victim in this case suffered serious facial injuries and a bleed on the brain in what was a completely unprovoked attack. I am very pleased that she has since made a full recovery and is now moving on with her life. Tackling domestic violence is a priority for Kent Police and I hope the sentence imposed on Luke Chawla sends a strong message that such offenders will be put before the courts and imprisoned for their crimes. His victim displayed tremendous courage in reporting the offences committed against her, and her actions will have given great confidence to others who find themselves victims of domestic violence".