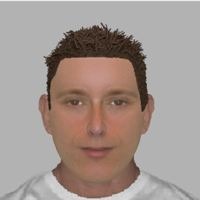 They are investigating a reported robbery in Cellar Hill that took place between 1.55pm and 2.07pm on Tuesday 16th July. The victim was sitting in her living room when a man walked through her kitchen door and told her he was there to collect money for the window cleaning. Knowing he was not her window cleaner, the lady stood up from her chair. The offender then pushed her back down and forcibly held her in place before stealing her black purse out of her knitting bag. The purse contained bank cards and £300 in cash. He then ran out of the front door.

The offender is described as white, with dark short hair and a longish face. He was clean-shaven and is estimated to have been in his late 20s.

Detectives have now released the image (above) of a man they believe would be able to help them with their enquiries.

Senior investigating officer, DCI Ann Lisseman, told SFM News: "While the victim suffered no injuries, we are classing this as robbery because the offender used force to restrain his vulnerable victim.
Someone out there must recognise this man and I'd ask you to call into us as soon as possible. Targeting an elderly lady and stealing her belongings is a despicable thing to do and we are following up every possible line of enquiry to find the offender and bring him to justice. Despite her ordeal, the victim has shown remarkable courage and fortitude in helping us compile an e-fit, and I'd like to commend her for her bravery."