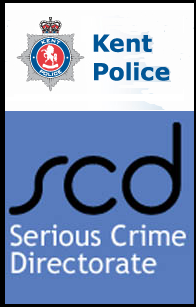 Locally Josh William Murphy, 24 and of Mallow Road in Sheerness was charged with conspiracy to supply controlled drugs.

Assistant Chief Constable Gary Beautridge, Head of the Kent and Essex Serious Crime Directorate, told SFM News "these arrests and charges come following months of investigations by our detectives and staff. In total we have recovered drugs with a street value of more than £2.5m as well as seizing more than a quarter of a million pounds in cash directly from these suspects. These arrests relate to the organised supply of drugs on a large scale within Kent and send a clear message that drugs will not be tolerated. This activity has significantly disrupted the supply of drugs within the county and we will continue to target the individuals responsible for this activity and bring them to justice".