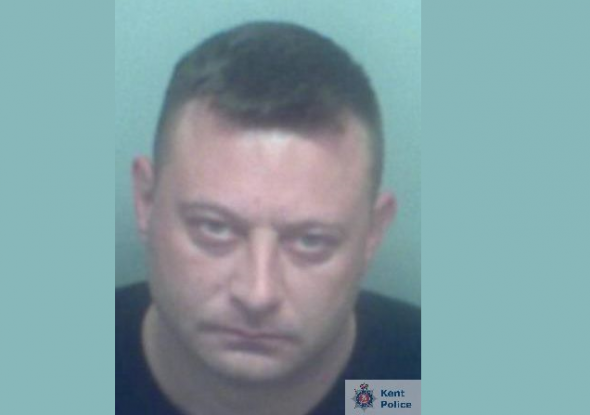 Officers attended and Pearce was seen driving in Lower Road, Minster and officers started to pursue him.

He then stopped his vehicle where he began shouting at a woman he knew.

Officers blocked in his white Ford transit, with one police car in front and behind, however Pearce drove his van towards the police car and hit it. He then reversed his van hitting the police car behind him before driving forward again and hitting the first vehicle for a second time.

Having damaged the vehicles so the officers were unable to pursue him, he then left the scene and a short time later was located in Bromley where he was arrested.

Inside his van officers found a knife which had been pushed into the seat allowing easy access. He was charged with the offences on Friday 27th April.

Investigating officer PC Adam Blakeman told SFM News: "Pearce's sentence reflects his determination to cause as much damage to the police cars as he could, not only putting his life in danger but those of my colleagues. I am pleased he has been sentenced and I hope that this outcome serves as a deterrent to others".