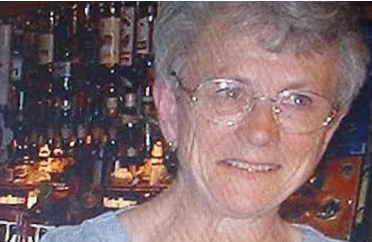 Mr Magee pleaded guilty to causing death by careless driving prior to his sentencing at Maidstone Crown Court on Friday (3rd March), where he was also disqualified from driving for five and a half years.

The court heard how he had completed a delivery at a supermarket on London Road, near the junction with Lynsted Lane, shortly before the collision happened. Magee's lorry was parked on the wrong side of the road facing oncoming traffic, meaning he would need to pull diagonally across the carriageway in order to reach the Sittingbourne-bound lane.

CCTV footage of the incident showed that Magee started moving before he began to indicate, and that Mrs Phipps was cycling alongside the lorry at the time. He continued his journey following the collision but was arrested at the M2 Medway services when his employers called to tell him an incident had happened and that he needed to pull over for the police.

Officers from the Serious Collision Investigation Unit later carried out a reconstruction of what had happened and ruled that Magee should have been able to see Mrs Phipps if he had properly checked his mirrors. His lorry was also fitted with a CCTV camera to help him check his blind spot, which he admitted he did not use.

Sergeant Hannah Brown, from Kent Police's Serious Collision Investigation Unit, told SFM News: "all drivers have a duty of care to other road-users to drive carefully at all times, with large vehicles though, the sheer size and weight of their vehicles means that one wrong move can lead to tragedy. William Magee had already broken the Highway Code by parking in the direction of oncoming traffic, but had he been more careful, and used the safety devices fitted to the vehicle before pulling out then this fatal collision simply would not have happened. He will have this on his conscience for the rest of his life. I hope the sentencing result is of some small comfort to Mrs Phipps' family, who have suffered a great deal. Our thoughts remain with them as they continue to grieve for her."