Council Leader Calls For Action On A249 Litter 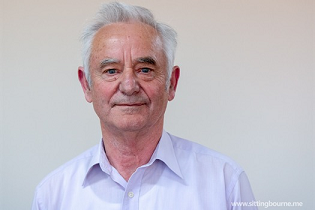 The Leader of Swale Council, Cllr Roger Truelove, has written to Highways England calling for urgent action to clear up the extensive litter along the A249 between Sittingbourne and Sheppey.

Drawing particular attention to the stretch between Grovehurst and Bobbing, Cllr Truelove points out that Highways England are responsible for this road and despite discussions and assurances, the situation remains unacceptable.

Cllr Roger Truelove told SFM News: “I know that litter is everywhere along the side of main roads but the situation here is awful. We’re encouraging people to come to Swale, especially to the Isle Of Sheppey in the summer, and this massive amount of litter impacts on our prospects of doing that. We clear up litter and empty the litter bins in the lay-bys on the A249 on their behalf, but we don’t have the ability to clear away the excessive amount of rubbish and plastic carrier bags along the side of the road and in the adjoining trees. We hope this letter will prompt the litter to be cleared away and we’re looking forward to improvements in the near future.”

We will let you know the latest on this story when available.