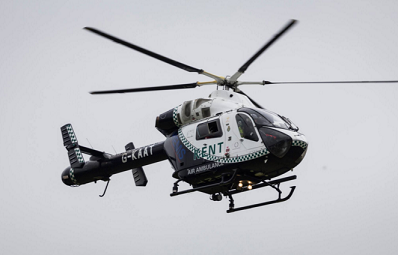 Dave Harcourt, Executive Officer of Swale Community Leisure, which manage the lesiure centre, told SFM News: "it was one of our regular members who collapsed whilst using the equipment in the gym. Our staff responded rapidly and began resuscitation, including the use of our on-site defibrillator, whilst waiting for an ambulance to arrive.

A spokesperson for South East Coast Ambulance Service told SFM News: "we wish to express our thanks to staff at the centre, as the man had stopped breathing and CPR was needed and was commenced prior to our arrival. We continued that treatment onsite along with the air ambulance crew".