Cleaner Stole Over £50,000 From Elderly Victim 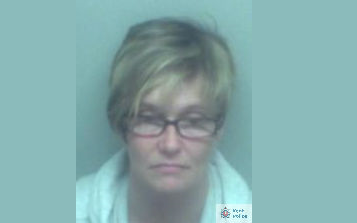 A cleaner who stole around £50,000 from a customer has been jailed.

Jennifer Richards stole the money from an elderly man whom she cleaned for between October 2017 and February 2018.

The 50-year-old was sentenced at Maidstone Crown Court yesterday (Monday 13th September) to two years and three months in jail after being found guilty of one count of fraud by false representation and one count of theft, following a trial.

Richards from Sittingbourne, befriended the man, who was in his 70s, during her employment where she worked for him for more than two years. However, while working for the man she used his bank details to transfer a total of £28,325 from his online account to her own. On several occasions she also used his bank card to make cash withdrawals totalling £4,540. She also asked the victim for a loan of £9,000 which he agreed.

The victim wrote Richards a cheque, but Richards told him the cheque would not clear quickly enough so, believing the cheque had been ripped up, he agreed to do a bank transfer of £9,000. The offender then banked the cheque, stealing a further £9,000.

The fraud came to light on 21st February 2018 when the man attempted to pay toward a credit card bill, but his debit card was declined. He contacted his bank who told him that thousands of pounds of withdrawals had been made on his account during the month of February.

Kent Police was contacted and an investigation was commenced, leading to Richards being arrested on 28 April 2018 after a warrant was carried out at her home.

Investigating officer Detective Constable Madeline Brackley told SFM News: "Richards was entrusted into the victim’s home, but she abused that trust in a despicable way. This was a planned and meticulous theft where she stole from him over several months and on several occasions. She preyed on his kindness and vulnerability but continued to deny her crimes resulting in a trial. I am pleased that she has received a custodial sentence."