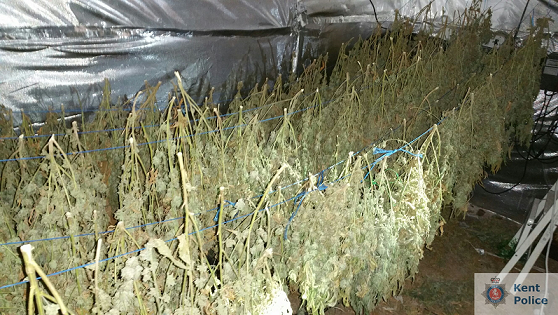 Police Sergeant Jason Hedges, from Swale's Community Policing Team, told SFM News: "we actively seek to disrupt any criminal activity within Kent and today's warrant is a prime example of this. Had we not found these plants they would have been ground down and sold as drugs within Kent and perhaps beyond. Anyone who suspects there is criminal activity taking place near them, or suspects a person to be committing offences should always report it so it can be investigated."

Officers have not yet made any arrests but are carrying out ongoing enquiries.