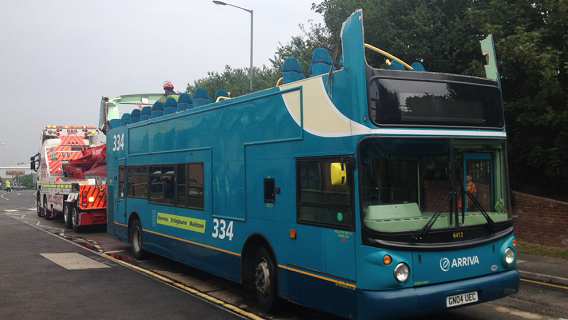 Kent Police confirmed to SFM News that they were called shortly after 9am today to reports of a collision between a bus and a railway bridge. The spokesperson went on to add that "no passengers were on board at the time, however, part of the road had to be closed to allow vehicle recovery and for Network Rail to assess the condition of the bridge and the safety of train services using it."

Southeastern Trains confirmed that an assessment had been carried out and that services resumed fully shortly after 10.15am.

An investigation will now be conducted by Arriva Southern Counties in to the accident.