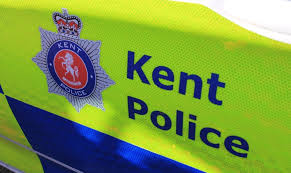 One of the suspects is described as wearing a black coat, white or grey gloves, black tracksuit bottoms with a white stripe down the legs and black trainers. He was carrying a green holdall and had a black face mask. The second had a blue coat with a grey hooded top underneath, blue or grey gloves, a black hat, grey jogging bottoms and black trainers. He was wearing a blue surgical face mask. The third suspect is described as wearing a dark coat, grey jogging bottoms, dark trainers, a dark woollen hat and a blue surgical face mask. He had black and orange gloves.

Investigating officer, PC Harry Groves, of the Chief Constable’s Crime Squad, told SFM News: ‘While investigators are completing enquiries in the area, including the examination of CCTV footage, we are appealing for witnesses who may have seen the incident or saw somebody acting suspiciously, to contact us.'

Anyone with any information, that may assist the investigation, is urged to call the Kent Police Appeal Line on 01795 419119, quoting crime reference 46/8283/21, or alternatively they can contact the independent charity Crimestoppers FREE and anonymously by calling 0800 555 111 or by using their anonymous online form at: crimestoppers-uk.org.