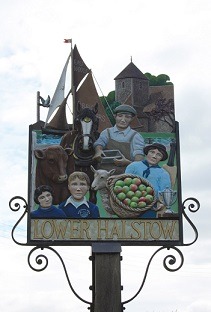 Officers from Kent Police are investigating a reported robbery during which a woman was sprayed with a noxious substance are appealing for help from the public.

Between 11.45am and midday on Sunday (3rd November), a man is alleged to have assaulted a female cashier in the BestOne store on Burntwick Drive in Lower Halstow, before fleeing the shop.

The offender, described as a white man aged between 18 and 20 and around 5ft 6ins tall, had entered the shop and taken a can of energy drink to the counter. When the victim, a woman in her 50s, was ringing up the purchase, he put his hand in the open till and, at the same time, sprayed her shoulder and the left side of her face with what is believed to be a form of pepper spray. He pushed the woman backwards into a display of alcohol before running out of the shop. The victim managed to call police and was taken to hospital for treatment.

Detectives are now asking anybody who recognises the description of the offender - who was clean-shaven and wearing paint-stained jogging bottoms and a dark-coloured hooded top with the hood up - to get in touch.

Investigating officer, DC Stewart Catt of Kent Police, told SFM News that "this was a nasty attack on a defenceless woman in her place of work. Although she was not seriously injured, she has been left traumatised and fearful to return to the shop. I am asking anybody who has any information whatsoever about this incident to call me on 01634 792418, quoting crime reference XY/035427/13.
Or if you'd prefer to remain anonymous, you can call Kent Crimestoppers free (from any landline) and anonimously on 0800 555111. Any piece of information, no matter how insignificant it may seem, can be a vital clue for our investigators, so please don't hesitate to come forward."