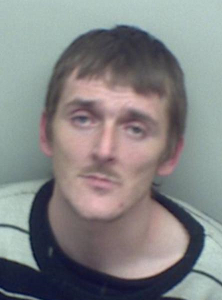 A drug addict who stole a purse from a disabled woman under the guise of helping her has been jailed for 21 months.

Matthew Beaney, of no fixed address, was imprisoned by a judge at Maidstone Crown Court on Wednesday (11th June). The 29 year old had pleaded guilty to one count of theft.

The victim, a 50 year old Sittingbourne woman, was in Boots in High Street, Sittingbourne, on 6 November last year to collect a prescription. After taking the medication in store, she became violently unwell and vomited on the floor. Members of staff hurried to assist the woman, as well as Beaney, who was also in the shop.

However, while pretending to be concerned, Beaney was also seen creeping towards the counter where she had left her purse and placing it inside a folding magazine. He then left the shop and only then did the victim notice the purse - which contained bank cards, cash and family photographs - had disappeared.

Beaney was identified by local officers and arrested on 18th December. In interview, he denied the offence and suggested that he picked up the wallet by accident. He was charged with theft the following day.

He was also charged with one count of burglary dwelling in connection with a break-in Chalkwell Road, Sittingbourne on 10th December. The victim in this case, a 50 year old man, had left the address in at 10.45am and returned almost 12 hours later to find his flat screen television and Blu-Ray player had been stolen. A few days later, a friend of his told him Beaney had sold him the items for £50.

Investigating officer, DC Richard Allingham of Kent Police, told SFM News: "Beaney was so desperate for heroin that he took advantage of a poorly woman when she was at her most vulnerable. He saw an opportunity and took it straightaway, even pretending to comfort her so he could get close enough to steal her wallet. It was a disgusting act of self-service that he later pretended to know nothing about, even suggesting he had picked up the purse accidentally. However, the evidence against him was overwhelming. A month later, he broke into the second victim's house and stole his possessions to sell them on for the same reason - to get money to buy drugs. Unfortunately drugs play a part in many crimes, which is why Kent Police works to combat demand and supply throughout the county. Beaney's conviction should send a warning to all those who believe they are above the law in Kent."