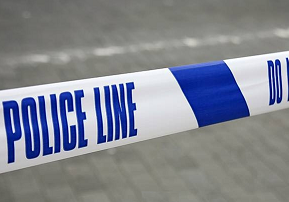 The accident happened at about 5.30pm when a green Kawasaki motorcycle was in collision with a bronze-coloured Ford Fiesta on the Maidstone bound carriageway of the A249. The motorbike had been travelling coastbound but completed a U-turn at the Hucking turn-off. It then accelerated on the A249 heading in the direction of Maidstone when it's believed it collided with the rear of the car.

The motorcyclist, a 43 year old man, suffered a serious head and back injury and was taken to a hospital in London, where his condition remains serious. The driver of the car, a woman, was uninjured.

The road was closed for about five hours to allow collision investigators to conduct an examination of the scene and recover the vehicle involved.

If anyone has any information, they are asked to call the Serious Collision Investigation Unit, at Police Headquarters in Maidstone, on 01622 798538 quoting CAD 22-1186.