New figures released by Public Health England (PHE) show that the Borough Of Swale has seen 90 new COVID-19 cases in a week - one in six of all positive tests recorded in Kent as a whole.

This recent outbreak has seen the infection rate jump to more than 200 in three areas on the Isle Of Sheppey, compared to a county average (Kent and Medway) of 49.4 per hundred thousand.

Five of the island's wards appear in the Top 6 of the county's hotspots:- 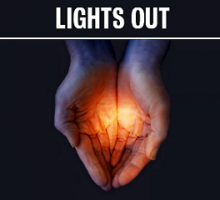 Swale House, the home of Swale Borough Council, will be leaving one light switched on from 10 - 11pm tonight (Monday 4th August) when it supports the 'Lights Out' campaign tonight.

A single light will be based on the ground floor easily viewable from anyone walking or driving by the East Street offices at that time.

Cllr Andrew Bowles, Leader of Swale Borough Council told SFM News that this was just one of a number of events the Council will be supporting during the next four years in commemoration of World War One.